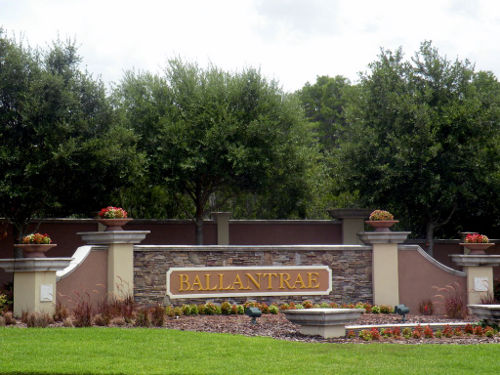 Ballantrae is located in Land O’ Lakes Florida, just north of State Rd 54 in Pasco County.  The community encompasses 436 acres with 969 homes and amenities for 3000 + residents.

The CDD’s tasks include maintenance of more than 80 acres of manicured community lawns and three dozen lakes and ponds, many of them nestled within our six small villages. The community also boasts: a community center, two pools, a park plus its tennis, volleyball and basketball courts, among other duties.

Pasco County has seen tremendous growth in the past decade as retail, office and other business expansion works to keep pace with record-breaking increases in Pasco’s residential population. The county’s 1990 population of 281,100 was projected to reach 463,600 in 2010. However, it exceeded 471,000 residents in mid-April 2009. Pasco’s population is projected to reach 566,700 in 2020.

What’s My FL House Worth?